OmniVS was created over a 48 hour period during Swinburne Games Lab Winter Game Jam in 2016. My role was designer but I also did all of the UI.

OmniVS is available on itch.io!

OmniVS is a fast-paced action game for local co-op. Take control of one of three galaxies and duke it out for complete dominance of the universe. Slam into opposing galaxies to meld, then separate creating a swarm of planets in your combined color. Gather planets of your associated colors, and avoid your opposite color. Last galaxy standing is the victor of each universe. See how much of the omniverse you win! 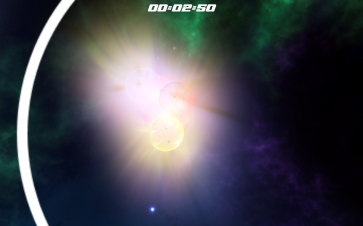